Signature Line: “I’m done reading about heroes. I’m ready to be one.”

Winner of most interesting and extensive family tree definitely goes to this precocious, brave, and often wise beyond his years young man. Henry has the distinction of being able to bring people together perhaps more so than any other character on Once Upon a Time, uniting heroes and villains alike. His heart is special being that of the “truest believer” not only in his unfailing belief in fairy tales, but in people, showing forgiveness and understanding in spades. He is a wonderful kid indeed.

In a surprising and fantastic twist, just when all hope seemed lost that the topsy turvy world that the author Isaac created was unable to be reversed, Henry picks up the magic quill and is chosen to be the next author of the illustrious book of fairy tales- an honor only bestowed to those truly worthy. Henry had always wanted to be a hero, and now he was finally able to do so. But what was special was that it was possible not because of some great physical strength or defeating of a monster. This came from within because of the person he is, and because of that Henry saved everyone and returned things to how they were meant to be.

The moment that started Emma Swan on her journey came when the child she gave away ten years previous shows up at her door with a bright smile and adorably forward attitude. It takes a kid that is both brave and bold to go all that way on his own to a big city and show up at a stranger’s home with such faith that everything would change for the better. He was right. And this single event is what propelled the show’s entire story. He did not bring Emma to Storybrooke to break a curse. He brought her home. 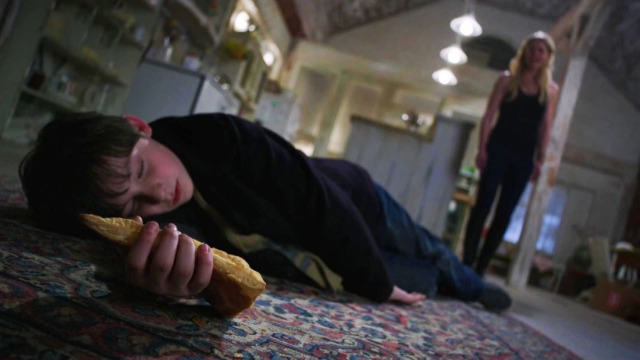 Have I mentioned that Henry has unfailing faith? And in this case, this faith is in his mother Emma and her ability to break Regina’s curse. He tells Emma, “You may not believe in the curse, but I believe in you.” This may be his most significant moment of that ability to believe that the light shall always defeat the darkness, mirroring that faith that his grandparents Snow and Charming have in each other as well as a willingness to sacrifice and risk his life and safety for his loved ones. 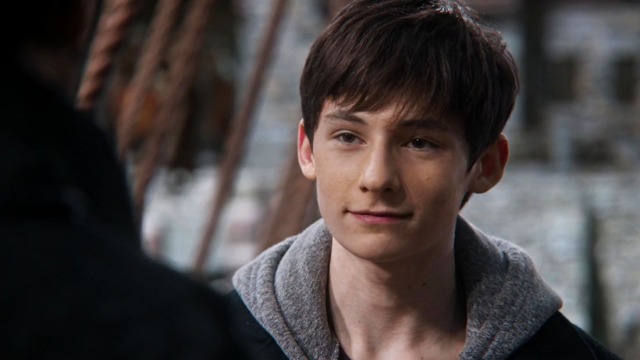 When Henry needs help to find and rescue his mother he knew who was the best person for the job-the man who loves her. Of course Hook had no memory of either of them in this world so these scenes where he convinces the shy deckhand to help in his rescue mission were absolutely fantastic and showed just how much Henry has grown. From knocking out both Blackbeard and a Black Knight with great ease and finesse, to telling Hook he had a great sailing teach in him, these scenes made me smile and my heart melt. Here’s hoping for more scenes with Emma’s boys in the future.

This moment when Henry ask his adoptive mother to believe in him was a real turning point for her character and the relationship between mother and son. Once again it was Henry’s faith that good will win that prompts his plea and that steadfast belief is what convinces Regina to take a page out of Henry’s book for one of the first times. I loved this moment!!

This undeniably sweet moment started Henry on his path of believing in fairy tales and happy endings- something he desperately craved feeling, lonely, isolated and different. He needed the book and the beautiful advice from his teacher: “Your happy ending may not be what you expect, but that is what will make it so special.” But the moment he pictures her as Snow White never fails to make me cry, showcasing a truth that exists in many of us. We want to believe that despite the harshness of the world, hope and happy endings are possible. We can all find our fairy tale.

Emma and Henry may had been living a, somewhat, blissfully ignorant life in New York City with no memories or their family and fairy tale lineage for a year, but that does not mean their present life did not connect to their true selves. Having memories of never having given up Henry, Emma and he were a close mother and son with no secrets between them . She may have had a happy life with her son, but was still guarded because of Neal’s betrayal, and Henry knew about it. When he asks if she said yes to her boyfriend Walsh’s proposal he chuckles at her hesitation, but then gets serious telling her that not every guy will leave her, and that she should trust her gut. What is lovely is that the subtext here undeniably refers to Killian’s role in Emma’s life, and in fact is what helps her to trust this strange pirate who shows up at her door with a tall tale, but similar sentiment to trust her gut. She does. She believes him. And just like Henry he takes her back to Storybrooke, not to break a curse but to bring her home, paralleling Henry and Killian in a truly significant and profound way.

One single word was enough to make me laugh and cry at both the sweetness of the moment and uniqueness of this crazy fairy tale family tree. He diffuses the raw emotion in the scene when Snow and David are hugging Emma as their daughter for the first time, and makes them all laugh as a result. His dream that this was his family came true in this truly perfect moment.

If any character was the epitome of purity and hope it would be Henry, and this moment exemplifies that perfectly. He had faith that bringing Emma to Storybrooke would begin to change things and the instant he sees that clock hand move for the first time in his life results in the biggest smile imaginable. It was as if he saw the sun for the first time, resulting in a truly iconic moment not only for his character but the entire series.

This may not be the most epic or important moment in the series, but it is certainly one of the funniest. And it shows the connection that David and Henry will always have whether Henry has his true memories or not. Despite the light heartedness of the scene, there is one matter of significance that is worth mentioning- this one driving lesson obviously stuck with our young hero for when he was left alone in Storybrooke in the season 4 finale, he was able to drive out of town to start on his mission to rescue his family.

Each character piece will include these moments that are tiny little things that are not particularly significant but especially wonderful. For Henry these are instances that made me smile.

– When Emma and Henry travel to new York city we see a scene of them waiting in the airport. The second Henry sees that there is a Cinnanbon he goes off running in delight. It is such a typical kid thing to do and I loved it!

– When Hook shows up at Emma’s New York apartment ready to take them back to Storybrooke, Henry asks what any rational person would- why on earth is he dressed like that. I never fail to laugh at both Henry’s delivery and Hook’s offended reaction. These two really are golden on screen together.

When I asked readers to send in their favorite moments for each character, the choices for Henry were lovely and varied, many of which are included in my own list, as well as some other wonderful scenes. But in fact, my top three moments are also the top three sent in by readers, with his heroics in the Season 4 finale being the undeniable favorite.

The top 3 reader moments are:

Other favorite moments are as follows (In episode order):

Thank you to the following readers for sending in their favorite Henry moments: Sheila, Mimi, Hagit, Melissa, Meredith, Emily, and Alyssa 🙂